What is the Smart Package Robot (SPR)?

The SPR is a tool for Robotic Process Automation (RPA).

Smart-Package-Robot for Windows (SPR) is a visual Automation and Scripting System. It's based on Theo Gottwald's MiniRobots Technology (MR/MRT). We call it "Smart Package Robot" because nearly any manual Action can be recorded or scripted. And because we believe that its smart to let the robot do the work for you!

You can record Software-Setup Installations and Uninstallations using the built in "InstaRec" and "UnInstaRec" Program. But that is just one thing you can do with your new Smart Package Robot. With time, you'll discover many more things.

SPR can be used on any Windows OS, from Vista to Windows 10/x64. Using SPR you will be able to script and automate many tasks of your daily work. And you can compile your automation scripts into Standalone EXE-Files. These files are very compact and can be distributed with any Software Distribution System that allows the distribution of Executable files.

***The SPR is a Scripting based Automation Tool***

WHAT is a Script?

A Script is a List of commands. The SPR will execute these commands from Top to Bottom of the List.

WHERE do I get a Script from?

You get the Script wether from the InstaRec-Installation Recorder, Or you can write (partly record) the Script with the SPR-Editor. These programs are included in the package.

WHAT can i do with Scripts?

Scripts do work for you. While you can do a lot of things on the computer yourself, there are several tasks—especially boring, repeated tasks—that you may not want to do manually. This is where the SPR excels. It can do repeated tasks and will not find anything boring about it. And it can do things often faster then a human Computer-User.

Somehow YES—but easier. And it is Task Oriented. So it is all about to get something done.- That‘s what the SPR-Script Language is optimized for.

Then you can give these programs to anybody you like or make them available for download on your WEB-Site. Or distribute them in your Company Network, wether to solve Helpdesk-Problems or to automatically install Software. 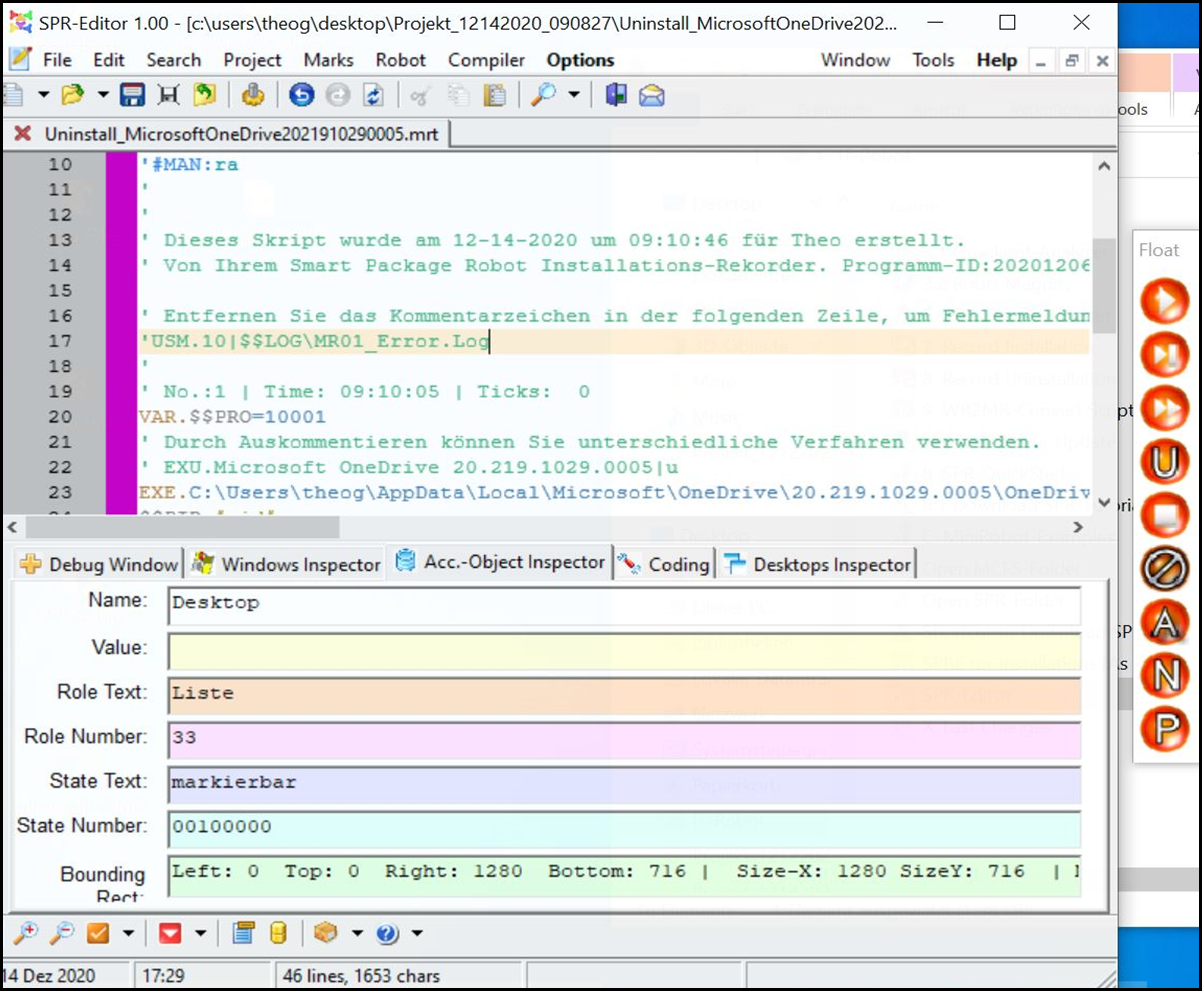 The SPR is a Scripting based Automation Tool

SPR-Editor—included in the Package without extra cost

This Program enables you to edit all Sort of Scripts in a comfortbale way. There are numerouse help functions builtin that will enable you to write the scripts that will automate yourt tasks.

The SPRE-Editor is also used to "Run" or "Single-Step" throught the recorded Installations and Deinstallations.

Tools included in the Package 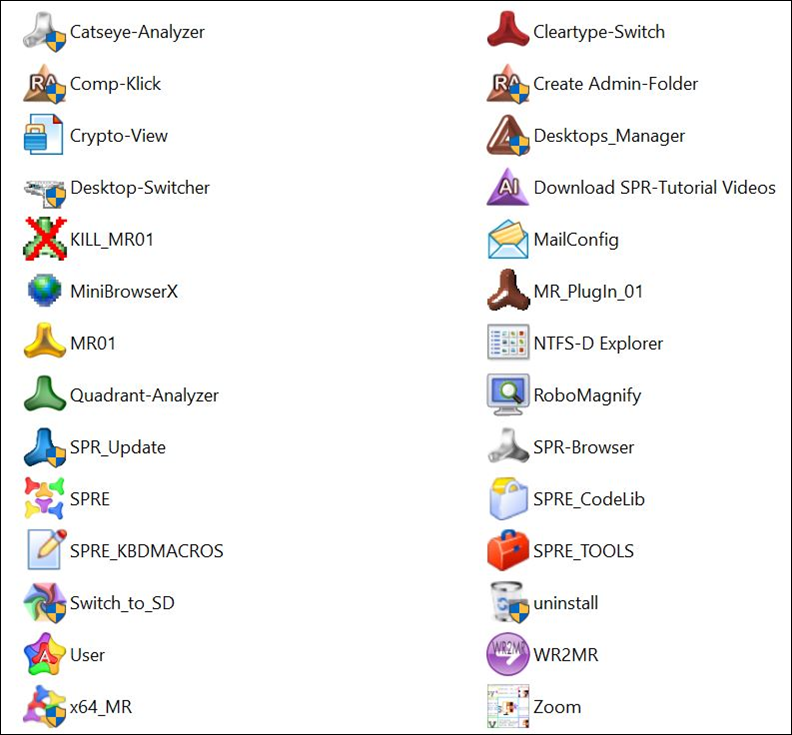 There are many tools included with the SPR.

***This is just a Snapshot of the Main Installation folder.

WHAT IS special about the Smart Package Robot?

In Short: The SPR can do repetive tasks automatically. Saving you from doing them.

To be able to do that, the SPR can DO: